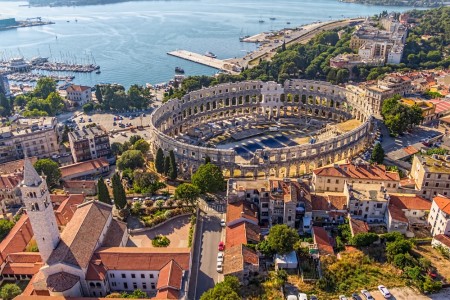 Pula is known for its mild climate, smooth sea and beautiful nature. The city has a long tradition of winemaking, fishing, shipbuilding, tourism and being a transit port. Pula has been the administrative centre of Istria since Roman times.

The city is known for its relatively preserved Roman buildings, the most famous of which is the 1st century amphitheatre Arena, which is the sixth largest in the world and one of the best preserved.