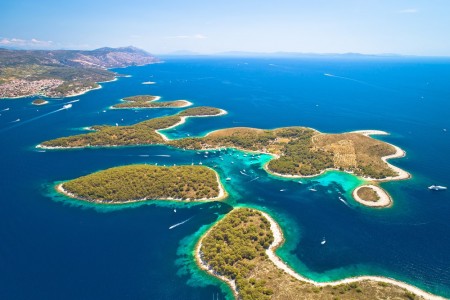 The Brijuni are a group of fourteen small islands off the west coast of the Croatian coast of Istria from which they are separated by a 2 km wide Fažana Strait in the northern Adriatic Sea. The biggest islands of the group are Veliki Brijun, covering an area of 5.6 km2, and Mali Brijun, covering an area of 1.7 km2. The remaining twelve smaller islands are: Sveti Marko, Gaz, Obljak, Supin, Galija, Grunj, Vanjski, Pusti Otok (Madona), Vrsar, Sv. Jerolim, Krasnica (Vanga), and Kozada. The archipelago is made of limestone, which is covered by a thick layer of soil.

The Brijuni are known for its beautiful landscape and are the Croatian National Park. Josip Broz – Tito had his summer residence on the Brijuni.